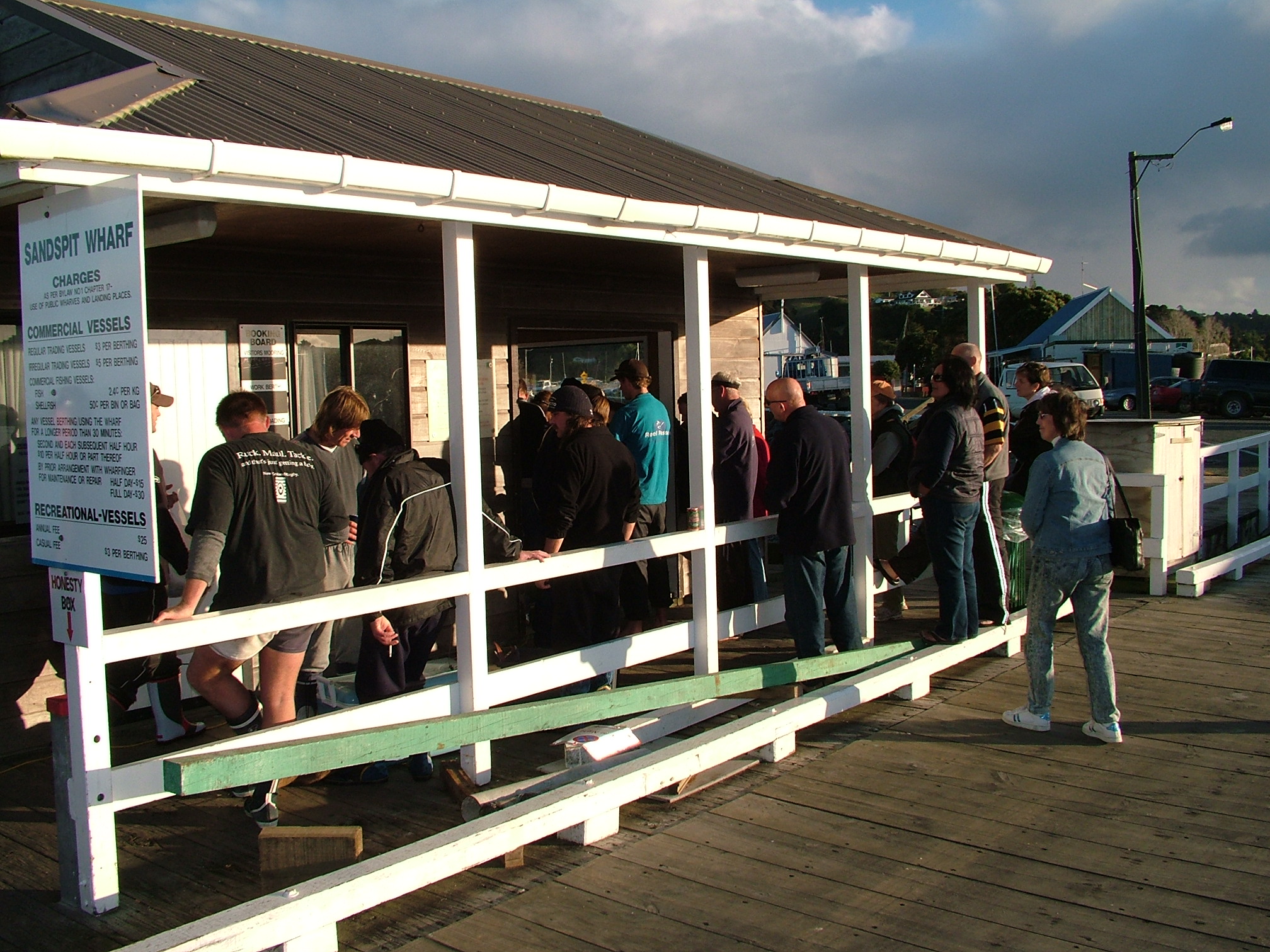 On the last Sunday of each month between 5 and 6pm join us for the Warkworth Gamefish Club night at SYC.

NOTE: Because the caterers are away Labour Weekend our Sunday 27th October Club Arvo won’t happen – but the $100 membership draw will jackpot another $100 and we’ll see you in November for the arvo, and just in case you needed an excuse to go fishing, there’ll be the inaugural Last Sunday Snapper derby – details closer to the end of November.

There’s a membership draw jackpotting $100 until it’s struck to a maximum of a GRAND. That’s in cash, moulah, clams, foldies, boat dollars, whatever you wanna call it. A membership number is drawn each last Sunday, if you’re a current senior member and you’re there the cash is YOURS. That’s like being paid to have a drink in a world-class location with GB’s while talking fishing and boats. Oh, the hardship. The kitchen is open for Daniel & Renee’s awesome meals too.

And if you want to make a day of it, there’s a only-on-the-day longest (legal!) snapper comp. Fish can be (and are encouraged) to be released if they’re a goodie. Looks like a Ww Hunting&Fishing voucher could be the prize, t.b.c. Of course you’ll also be a legend.

Last month on the Club arvo we shared knot tying tips and caught up after pretty much hibernating all Winter. This time (Sunday Oct 27th) there will no doubt be a few more fishy tales. The membership draw wasn’t struck, so it jackpots.

The Club arvo is the perfect opportunity for new members and even just curious wanna-be fishers to catch up with a good bunch of people. See you there (put a reminder in your phone NOW!)