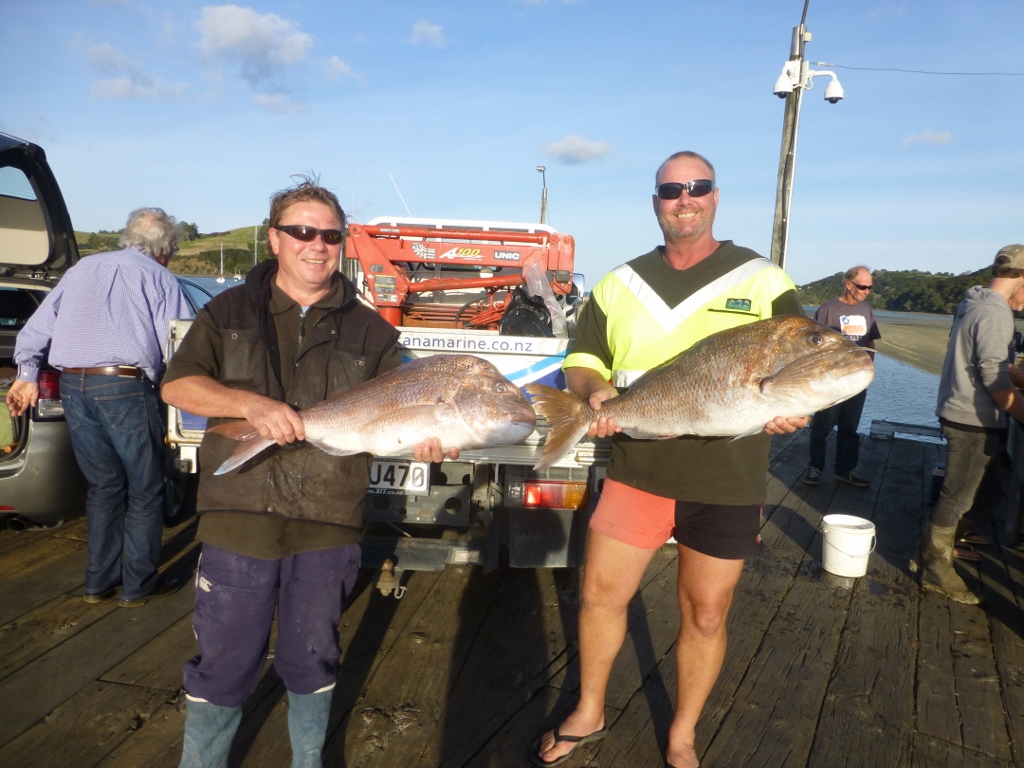 128 adults and 6 juniors ﬁshed for a prizepool of thousands of dollars of gear and cash. The average weight snapper is a good measuring s ck for the kind of snapper ﬁshing people got onto, and this years average of 2.699kg (won by Kent Gordon at 2.689kg) shows how good it was—or maybe you guys are just getting better?! You have to look back to 2012 to get a 10kg tournament average snapper of 2.7kg.
The top 10 snapper placings were up on previous years, ranging from 7.3kg to 9.4kg. Extracting a snapper from the foul is often tricky and on 10kg (or lighter) line any snapper over 6kg or so is a high ﬁve moment. Really good to hear multiple accounts of people with 7+kg snappers in the bin releasing subsequent good ﬁsh.

This event has been running for close on 30 years and is by far the longest surviving line weight restricted ﬁshing competition in the Gulf. Our generous sponsors allow us to have a prize pool that rivals much bigger events, so let them know much you appreciate their involvement.

Over the last three 10kg comps we’ve had more than a 25% increase in participation. The Sunday prize giving was cozy (okay, it was jammed!) so if we keep growing the event we’ll be reviewing logistics before the 2017 comp (3rd/4th June). 81 Early Bird Ticket sales gave us the mandate to boost the prize pool, and we enhanced it again on the day before the comp started. The Early Bird draw of a 50 litre icebox with goodies inside, including rum and $200 in gold coins is a sought after prize.

Another feature of Warkworth Game fish Club events is putting on a good meal. It’s not just about the ﬁshing. This is me for mates and families to catch up, some mes its only once a year at this event. The spit roast sheep came from the Hamilton and Taylor properties, and was roasted on the Rathe spit, attended to by Charmaine, Bruce, and Jackson Gravatt —top job you guys. Thank you to those giving ﬁsh for the meal, this is the 5th year Andrew Fogden of FogDog has stepped up with a box of his ﬁne products so we can share the best fried ﬁsh with you. Bros Ly of Savans Bakery ﬁshed Saturday night and baked the bread rolls on Sunday afternoon, thanks lad. The crowd kept Matt and Anne busy (understatement!) at the bar, and most people were understanding of the limitations of the club-rooms.